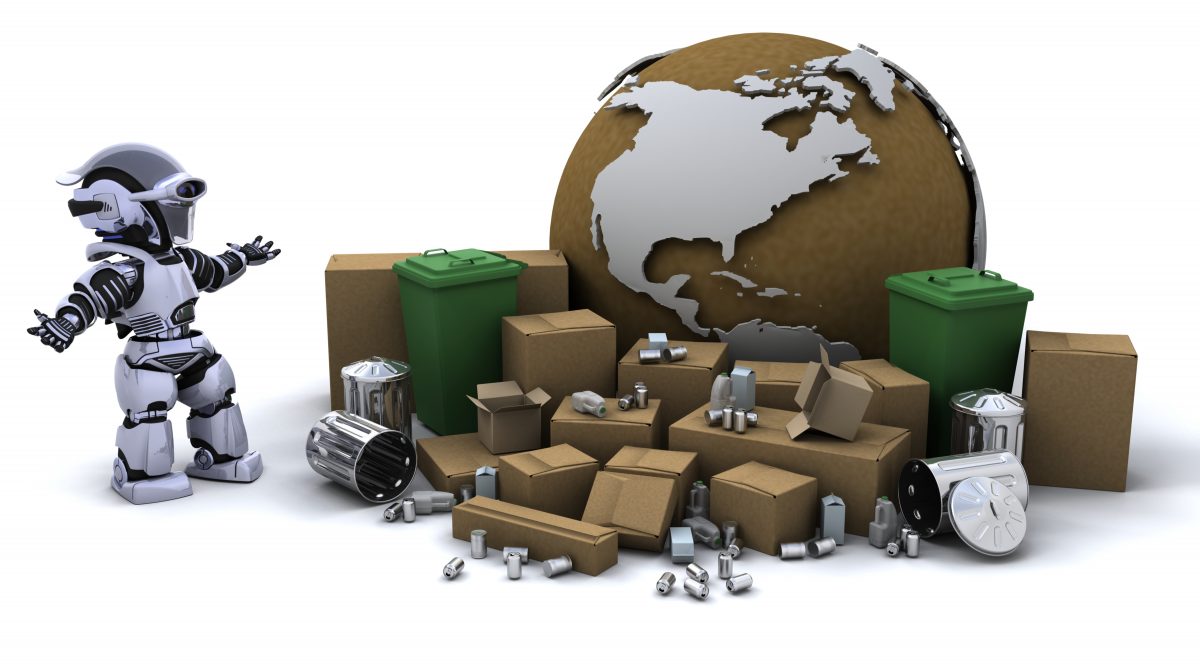 In the future, commercial waste removal might be as simple as discarding trash into one of several differently labeled containers equipped with pneumatic tubes (the vacuum suction devices used at many bank drive-through operations). The tubes could suck the waste directly to a designated landfill or recycling site. Companies would be charged different monthly fees, depending on the amount of commercial waste being whisked away from their business. The containers could be equipped with sensors to prevent a person from incorrectly depositing the wrong type of trash… Maybe they’d even reject the waste and fling it right back at you! The most popular YouTube videos, with millions of views, would be clips of office pranks where a person is set up by co-workers, wrongly discards something and has it fly right back at them. Spaghetti in the recycling bin? IN THE FACE.

But alas… We don’t have this type of system yet. Or do we?

You might think the pneumatic tube commercial waste system idea is a goofy daydream. But just last year, the U.S. Patent and Trademark Office (USPTO) granted a patent entitled, “Chute system for waste and other materials.” So maybe it’s not that far from becoming reality… In fact, in the last 10 years the USPTO has issued over 10 patents relating to “commercial waste.” The commercial waste industry has innovations that many people don’t see when a front load dumpster is regularly being serviced by a commercial waste company. Below are a few innovations in commercial waste removal that you may not yet know about.

Sensors are being used to detect the weight of a dumpster—or how full or empty it is. The sensors communicate directly with the commercial waste management company, in real time. They provide useful information that will be used for scheduling prompt pick up… Because no one likes an overfilled dumpster on their commercial property.

With apps like Waze and Google Maps, commercial waste companies are optimizing route efficiencies. This way, commercial waste trucks can save on fuel and time spent in traffic, which in turn reduces costs for everyone. The apps are also able to predict both optimal driving times, as well as the worst. And advances in fuel efficiency are also helping reduce fuel costs and greenhouse gases.

Everything in the commercial waste industry is about improving safety. Companies are training drivers in a variety of areas, including while driving and making their designated stops. Trucks are also being designed with safety in mind for both the drivers and the public. Safety education is so important that last year the City of New York produced the nation’s first commercial waste safety manual.

Improvements in landfill construction, purpose and design are helping to preserve our environment and increase the amount of waste being recycled. Advances in recycling waste into energy is an ever-growing industry. Recycling used cooking oil into biodiesel is so popular that by 2024 the global market is expected to reach 130 billion dollars. Willie Nelson has his own biofuel company and rides a tour bus fueled by it. And The Royal Train, which carries the Queen of England around the U.K., runs on biofuel.

Finally, landfills of a certain size are required to capture biogases and convert them into energy. Biogas is a natural process where anaerobic bacteria produce large amounts of waste, including methane. Landfills capture these gases and convert them into energy—a lot of it. In 2017, the U.S. Energy Information Administration estimated that approximately 282 billion cubic feet of biofuel was collected and burned, producing a whopping 11.5 billion kilowatt hours of electricity.

Most people don’t think too much about the trash we throw away… But some of us think about it a lot. At Patriot Sanitation Management, we’ve made it our business to figure out how to manage waste better. To learn more about our services, contact us today: (919) 773-8008 for your free commercial waste removal estimate.